First Ever Sighting of a Bonapartes Gull in Oaxca, Mexico

In the first week of January, 2011, a birdwatcher spotted a probable Bonapartes Gull on the Pacific Coast in the state of Oaxaca, Mexico. Although they can be found on both the Pacific and Gulf Coasts of Mexico, this is the first ever recording of a Bonapartes Gull in Oaxaca, one of the southern-most states in Mexico. 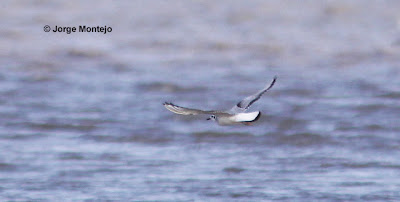 The same species of gull can found in flocks of thousands on the Niagara River in Buffalo and is common there during winter every year. The following video was taken in early January at the locks in the Black Rock Canal.  http://www.youtube.com/watch?v=wt8I0FOpxiM&feature=email
Posted by jajean at 5:11 PM