There is something funny about Mexico that I want to share with everyone - the phone system. I have been avoiding using the phone in Mexico since I arrived and up to this point I have been successful. In fact, Ana and I have yet to buy cell phones and are some of the last hold-outs of the 2010 volunteers. We don’t even have a land line in our house. We figure that with high-speed wireless internet and Skype, we can accomplish pretty much everything we could possibly need to do. It’s a win-win situation; other volunteers will save money by not being able to call us and we won’t have to worry about the same volunteers bothering us all day long with texts (not that you would do that, other volunteers!).

But, at work, I am finding that many people I try to contact outside of the office don’t actually respond to their emails. Whereas I sit in front of my computer anxiously waiting to be distracted by emails, Mexicans, even those with office jobs, don’t seem to be so inclined, so I have to use the dreaded telephone. Fortunately, Peace Corps is kind enough to share the "how to use a phone in Mexico" table with us. But, unfortunately, to use a phone I am somehow supposed to be able to remember all of the instructions without carrying around my computer to look them up.

Does all of this sound frightening to you too? Because, as if that wasn’t enough, using the phone in the office is even more complicated. To use the phone in the office - and I’m not making this up - I have to dial *61*1645#3 then use the appropriate technique described above, followed by the seven or eight-digit phone number. Each of the large office rooms, like the one I work in, has its own phone and its own unique code for being able to use it. I usually call from Diego's office. Diego is Ana’s counterpart and boss; I work in his office because the space I use there is the most stable, less frequently rotating desk space that I can find. I have managed to stay there without being moved to a different computer and/or desk longer than any other place I have tried so far. It has been almost a week, that is, if I start counting the days today and don’t get moved again for another week. All of this means that if I want to call someone from work for work related reasons, I have to do it in front of Ana's boss, as he watches. This is a little embarrassing, for one because I can never get the phone to work, and secondly because my Spanish isn't so great.

It usually takes about ten attempts before I figure out what to do on the office phone. Every once-in-a-while I reach who I was trying to call, but am asked by a recording to enter an extension; today, after about two months of giving up at this point, I learned that in order to enter an extension into the office phone, I first have to press 9 and then quickly type the extension before the effect that the magical 9 has wears off.  If it's a long distance call or a call to a cell phone, I have to register the call in a book beside the phone. I wonder how I am supposed to register all of the mistake calls that I make? 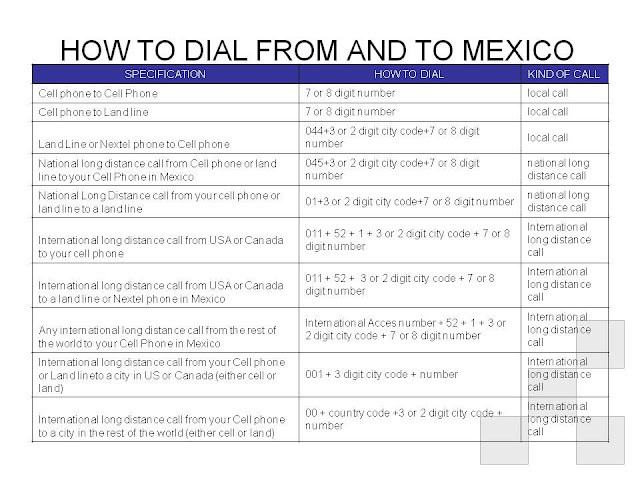