It was 3 o’clock in the afternoon in Puebla. The office was unusually quiet; everyone had left for lunch but I was too anxious to eat.  I sat at my desk, staring at my computer screen. I refreshed my homepage every few minutes. I chewed my fingernails a little in between refilling my water bottle, to pass the time. I couldn’t focus on my work. I had been doing this for several hours. The head of SEMARNAT, Mexico’s federal environmental agency, was holding a conference in the Yucatan about conservation in the country. They were going to announce the new Ramsar sites in Mexico, the wetlands of international importance.

I decided to give up, to head home. I refreshed my homepage one last time. A news release suddenly appeared on my screen.  And as I scrolled through the article, I saw the one word I needed to see, the one word I had been waiting over a year for: Valsequillo. It was February 2nd, 2012, world wetlands day.

When I arrived in Mexico as a Peace Corps Volunteer in August 2010, I knew that I wanted to work in one of the country’s national parks or biosphere reserves. I wanted to live in a forest. I wanted to study birds and plant trees. Most volunteers in Mexico do just that. I soon discovered, however, that I was one of the lucky few that would serve their two years in one of Mexico’s largest cities, working in a large government planning office. I was unhappy.

I secretly told myself that if they don’t put me in a national park, I’ll just have to make my own. That thought kept me going, but I also knew it was more of a joke than a realistic goal. I was going to be working in SEMARNAT’s state office in the city of Puebla, just east of Mexico City. My projects would include working on a temporary employment program for rural communities and designing a training center for low-tech sustainable technologies called “ecotecnias”, like composting toilets or efficient wood burning stoves. Interesting, but not what I was hoping for. All of this would take place in a region called Valsequillo.

During training I Googled “Valsequillo”, to learn more. It was a large, 2,800 hectare reservoir, just south of the city. From Google maps it looked pretty remote, surrounded by forests and fields. Its shores were uneven, crooked, weaving into tiny bays, jutting out along craggy peninsulas, hidden in the shadows of mountain ridges and deep canyons. It looked wild. I was excited to see it in person and had regained hope.

I arrived in Puebla in November, 2010 and immediately began my office job in SEMARNAT. Gathering census data, reading ecotecnia literature, and starting designs for the training center. Pushing paper. We had no trips planned to see Valsequillo, so I asked everyone I could about it. What it was like, who lived there, what I could see if I went. I was more than disappointed by the responses. “Se murio la presa.” They said the reservoir was dead, too polluted to drink from, swim in, or even go boating on. The fish? They all died long ago. The birds? There aren’t any. The reservoir is nothing more than a smelly, toxic, mud hole. My last hope of being happy with my work in Mexico was quickly fading.

Finally, in early December I took my first trip to the reservoir, expecting the worst. But what I saw on that first trip there told a different story. Yes, the water is used as a dump for nearby industry. Yes, the fifth largest city in Mexico pumps its untreated sewage into the reservoir all day every day.  Yes, half of the reservoir is covered with an introduced and invasive water lily. But still, the water was clear and blue. Huge rafts of ducks were floating on its surface. Flocks of herons were wading in its shallows. Fishermen on little boats were pulling in the days catch. Farmers were collecting the last of the season’s harvest along its shores. No, the reservoir wasn’t dead; it was teeming with life. 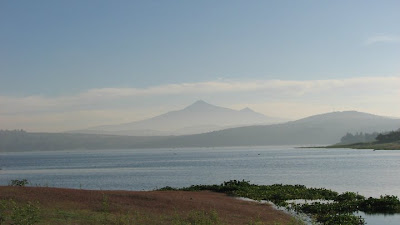 I knew that we had to protect this reservoir, even as people told me that it was already dead. It would be an uphill battle. It had a bad reputation, and developers were eying it for new massive subdivisions. So where would I start?

I began working to change people’s minds about Valsequillo, from something that was long since destroyed, to something that is important, that needs protecting, and needs restoring.

First, I had to convince my boss it was worth spending time on. This was tough; he was an architect and wanted me to focus on design projects.  In January, 2011, I proposed completing a nomination study for Valsequillo as a Ramsar site. Although not a formal form of protection, like a national park, this designation would elevate the awareness and importance of Valsequillo to the national and international level. It would be a tool for sustainable development, one that could lead to a natural protected area status.

My boss was concerned about the cost of a project like this. I told him that there would be none, that it would just take my time and nothing else. I was hoping that was true. He agreed to let me start, although I don’t think he had really bought in yet.

I had to build an argument for its conservation, so I started by collecting all of the data about Valsequillo that I could find. SEMARNAT had recently contracted a nationally renowned institute to complete a study of Valsequillo. I had been using the data in the study about the flora and fauna of Valsequillo to make the case for conservation, until I discovered that the study was misleading; although the study claimed the data was from Valsequillo, none of the data sources were from studies in Valsequillo. The bird list was from a nearby national park. The reptile list was from the southern part of the state. And the mammals? Well, I’m not sure, but the Grey Wolf was at the top of the list. The Grey Wolf has been extinct in Mexico for several generations.

So I had to start over, creating new data. In April I started a year-long study of the birds of the reservoir, including weekly visits to register the species that I see. I saw rare species, then endemic species, and then endangered species. Migratory species flooded through in November. At first I had a list of 63 birds. Then it jumped to 87. And soon it was over 100, at 121. I found other studies and the number broke 200.
I organized several biologists at a local university to do amphibian and reptile surveys of the area. Colleagues at SEMARNAT helped inventory the plants in the site. I found a study of the mammals of Valsequillo. I was realizing that what I saw in December 2011 wasn’t a mirage, that Valsequillo was in fact ecologically important.

Little by little I also discovered that Valsequillo had a fascinating history. Fossils of mammoths line its shores, human footprints dated to 40,000 years ago – the earliest evidence of human existence in the Americas – have been unearthed there, and manatees lived in its waters as recently as the 1990s (although they were introduced). (See my previous blog: http://mexicanjajean.blogspot.mx/2011/01/end-of-week-25-manatees-in-desert.html)

The route to these discoveries was full of setbacks. Although I eventually won over my boss, others weren’t so easy. Biologists with research on Valsequillo were reluctant to share it with a gringo that couldn’t speak Spanish. They were distrustful of the government that rarely kept its promises, and as a U.S. Peace Corps Volunteer in SEMARNAT, I worked for two governments. Even after collecting data through field surveys, many people were unconvinced; those birds on your list couldn’t possibly be from Valsequillo, they would say. And even if my data were true, Valsequillo shouldn’t be a priority for conservation because it didn’t look like other Ramsar sites: they said it was too ugly. I asked if they had ever visited Valsequillo. They said no. When I talked to people in Puebla about Valsequillo’s importance I was always met with confused faces. They figured that with my broken Spanish I must have been talking about something else, in a different state.

With all of my new data, I completed a Ramsar site designation proposal – a 20 page technical report, all in Spanish - in October 2011. The site would include the 2,800 hectare reservoir and 22,000 hectares surrounding it (this is approximately 96 square miles - to put that into perspective, the City of Buffalo is 40.6 square miles). After much convincing, my office, along with state government, submitted the Ramsar site designation proposal to the central CONANP (the national park service of Mexico) offices in Mexico City, in December 2011. And then we waited. We waited some more. We didn’t know if they would accept the proposal. We heard rumors that they thought the site was too far gone to protect, that they didn’t want a Ramsar site with as many problems as Valsequillo had. Then, out of nowhere, we received a phone call from CONANP: they would accept the proposal on world wetlands day, February 2nd, 2012.

The morning of the conservation conference in the Yucatan, where new Ramsar sites would be announced, I went to Valsequillo on a routine bird monitoring site visit. When I arrived to the reservoir and walked down to its shore, a huge commotion startled me. From right in front of me, hundreds of ducks hidden in the water lilies took flight. Behind them, thousands were flying together in various criss-crossing lines, in flying v-formations, and in random, chaotic clouds. There were wigeons and teals, shovelers and coots. There were herons and ibises, sandpipers and plovers. I had never seen that many birds together in Valsequillo. I had never seen that many birds together anywhere, ever. They must have been celebrating. They already knew what would take me several more hours to learn – Valsequillo was a Ramsar site, and the outside world had decided to try and save it. It wasn't my new national park, but I still have seven months left in Puebla! 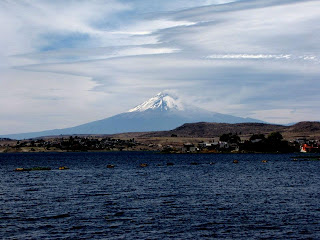 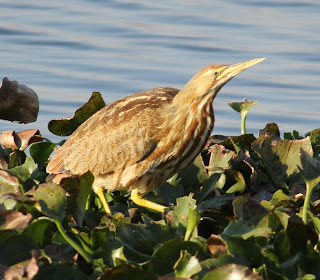 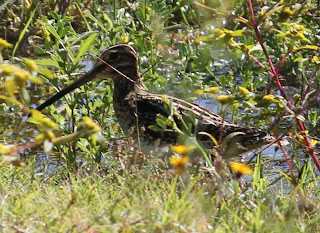 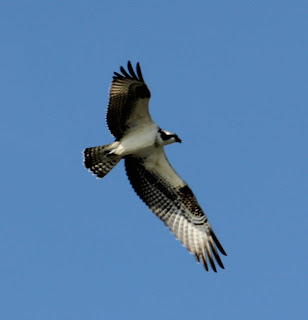 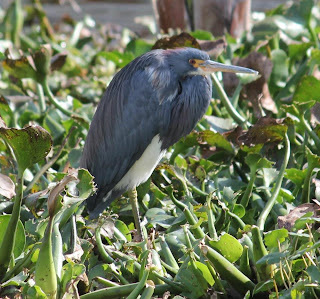